What Is a Fieldbus Terminator and What Is Its Function?

How are fieldbus terminators integrated into a system? Each segment requires exactly two terminators. These are located at the beginning and end of a segment. The terminating resistor is often built into a fieldbus power supply module at the start of a segment, so that no additional components are required in the control room at this point. On the other hand, the fieldbus terminators in the field at the end of a segment are usually added as a separate component, for example, installed in the marshaling cabinet. 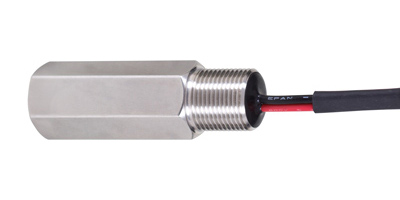 The Fieldbus Terminator As an Essential Component of Data Transfer

The main purpose of the fieldbus terminators is their function as a current shunt. Fieldbus devices communicate with other field devices and the control panel by changing their total current consumption. Due to the terminators, this current modulation results in proportional voltage modulation: the fieldbus signal. Using too many (three or more) terminators leads to reduced signal strength. Adding an additional terminator in the segment typically reduces the signal by 30 %. If no terminator is used in the segment, it will have the opposite effect and cause a sharp increase in signal strength by approximately 70 % for each terminator that is missing.

Another function of the fieldbus terminating resistor is to reduce electrical reflections The reflections in a control network can be compared to waves in a swimming pool. A wave that spreads through the water encounters obstacles, such as the edge of the pool. When these collide, part of the wave is reflected back in the direction that the wave originated. Applying this concept to a fieldbus network, the communication signal is the wave and an incorrect installation is the pool edge. The reflected signals overlap the emitted signal and distort it, which can cause problems such as noise and level fluctuations. Using one fieldbus terminator at each end of the segment helps to minimize the proportion of signals that are reflected.

The terminator is an important component for ensuring an efficient fieldbus network. Terminators are simple yet essential components of the topology and leaving them out or using too many in the segment will undoubtedly have a negative impact on signal quality.